This article first appeared in Science.

To be valid, biodiversity offsets must support conservation that would not otherwise be implemented, not conservation already planned or under way. This is the principle of “additionality”: Only added conservation can counterbalance development (3). In violation of this widely accepted principle, the Indian government has sought to divert offset funds toward established conservation commitments. As a result, development remains uncompensated, and India suffers a net loss of biodiversity (4).

Biodiversity offsetting was codified in India’s Forest Conservation Act (FCA), 1980, which requires projects that cause deforestation to pay for compensatory afforestation (5). Successive government administrations, however, have failed to implement this offsetting mechanism, leaving more than INR 38,000 crores (about USD 5.7 billion) sitting unused in a government account, even as deforestation continues. A proposed new law, the Compensatory Afforestation Fund (CAF) Bill, 2015, which is up for debate in the Indian parliament, seeks to resolve this inertia (6).

India’s FCA, 1980, is explicit about the concept of additionality: “The compensatory afforestation should clearly be an additional plantation activity and not a diversion of part of the annual plantation programme” (5). The CAF Bill, 2015, proposes diverting compensatory afforestation funds to implement the Green India Mission (GIM), a separate afforestation program stipulated under India’s National Action Plan on Climate Change to fulfill its international climate change mitigation commitments (6). This falls under the category of established conservation, and therefore does not qualify as compensation according to the principle of additionality. 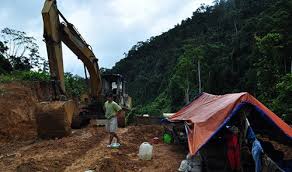